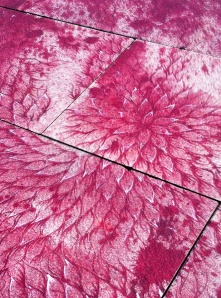 This is a pile of things in the corner, a day of things undone, a list of intentions, a string of words that won’t come. It’s the feeling of the seasons changing, and a conversation ending. Or ended. It’s the longing just a little bit too dangerous to touch. It’s old things. Things maybe better left alone.

It’s a pile of compost in the garden, seasoned over, covering half rotted things. It’s the thing the shovel hits that goes “clink” where there should be nothing but earth. It’s the words that get stuck there.

And it’s nothing. It’s the feeling just before “get up and do something about it.” It’s the hesitancy before I commit to lace my shoes up and run. It’s the moment before the choice.

It’s the feeling that says I have nothing to say; I’m not going to write today. I have no blood to spill on this page. I have no light to shine here either. It is the stuck things.

One response to “Stuck things”